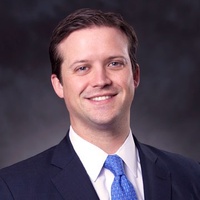 Mr. Bohnsack is a founding partner of Strategas and the President and Chief Operating Officer of the Firm's brokerdealer, and principal operating subsidiary, Strategas Securities, LLC.

Mr. Bohnsack directs the Firm's equity sector and global asset allocation research efforts. He has been a regular guest on business news programs and has been widely quoted in the domestic and foreign press, particularly for his work on corporate profits and market valuation.

Prior to co-founding Strategas, Nicholas was an Investment Strategist and Associate Managing Director with International Strategy & Investment (ISI) Group. Nicholas began his career in the Investment Banking Group at FactSet and in Restricted Securities at Morgan Stanley.

Mr. Bohnsack received his MS in Mathematics from Fairfield University and received bachelor's degrees in Economics and Finance from Bryant University. He is a member of the Board of Advisors at Bryant University's College of Business. Nicholas and his wife, Brooke, live in Connecticut with their three sons.